The actress took the stage—in Alexander McQueen, no less—at the E! People’s Choice Awards to accept the award for Fashion Icon by literally saying “I do” to fashion. She then thanked the people for justifying her shopping habit, gave a shoutout to her iconic mother Diana Ross, flipped her skirt like a cape and shouted “I am a fashion icon!”

Basically Tracee just proved exactly how iconic she is in just a two minute speech, as if we didn’t already know.

“People’s Choice, I can’t thank you enough for validating my shopping habit and validating little teenage Tracee who begged her mom for seasonal clothing budget. Spoiler alert, I did not get it.” she said. “Speaking of which, thank you to my father for paying for those chestnut suede Ralph Lauren jeans I tricked him into buying me when I was 14, for his impeccable style and for being my humor twin. And obviously I have to thank the icon herself, my mom not only for her great parenting and not acquiescing to my many whimsical demands, but to her style and glamour that introduced me to the power of fashion.”

Tracee recalled running onstage after her mother’s shows to pick up all the beads that had fallen off of Diana’s dresses, “so I could have pieces of the magic.” She also gave a shoutout to the Salvation Army and the Rose Bowl Flea Market for sustaining her on a budget when her own paycheck wasn’t enough to buy new.

“Secondhand clothing helped me understand that style has nothing to do with money. It’s the way you put things together—style is the how, not the what,” she said. “I spent years playing dress-up in my closet as way to find some freedom or some power and the more that I discovered who I really was, the more I was able to hone my creative expression through clothing.”

Tracee used the latter half of her speech to call people to action, even (or especially) through fashion.

“I wear my insides on the outside, and if featuring Black designers at American Music Awards helped someone see the power of Black artistry or if joining the call to wear black at the Golden Globes led to solidarity with women saying time’s up on sexual harassment, then you heard me loud and clear. If fashion is the thing that draws you in, use it as a tool for transformation.”

“Use fashion as an entrance,” she continued. “Let clothes be your superhero cape, allowing you to be the best you you can be. Activate the clothes through your joy and commitment to the world that you want to see. It doesn’t matter if you wear black tie or a ‘Black Lives Matter‘ t-shirt, but suit up and show up, because our action creates our destiny, our joy creates space for our freedom.”

Wed Nov 18 , 2020
Congresswoman-elect Cori Bush of Missouri has brought thrifting back in vogue. “The reality of being a regular person going to Congress is that it’s really expensive to get the business clothes I need for the Hill. So I’m going thrift shopping tomorrow,” Bush tweeted last week. She later shared a […] 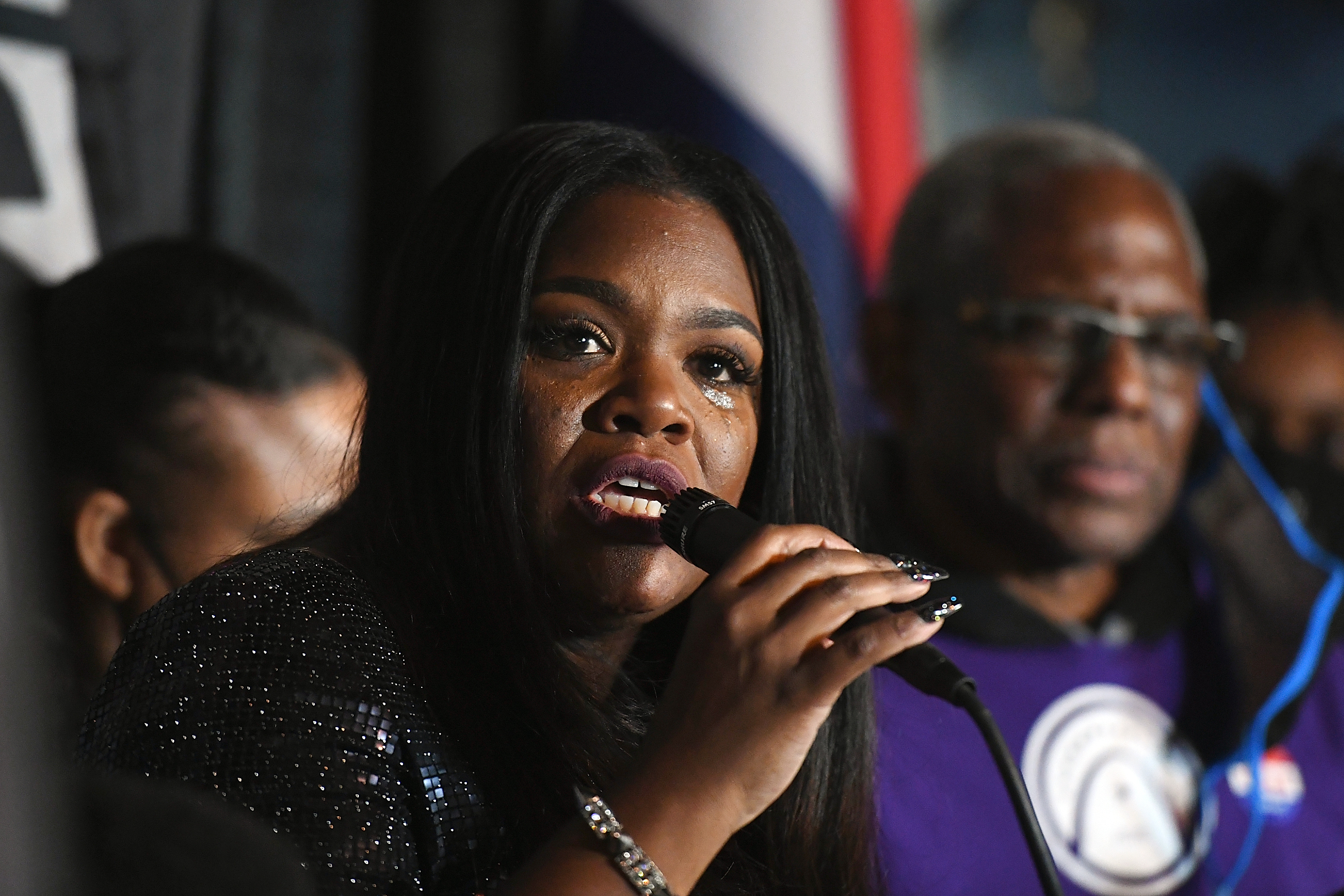