Louisville men’s basketball coach Chris Mack called Samuell Williamson’s rebounding performance “terrific” after Monday’s win over Georgia Tech, but the scope of those 18 boards could have used an even stronger adjective.

Louisville bounces back with a nice win against Georgia Tech

Williamson shattered a 49-year-old Louisville record for most rebounds by a non-starter, became the only Division I player in more than 11 years to grab at least 18 boards and score at least 20 points off the bench against a Power Five opponent, and amassed the most rebounds by a Cardinals player in a single game since Chane Behanan had 18 against Samford in 2012.

© Michael Clevenger/Courier Journal
Louisville’s Samuell Williamson looks for an outlet against Georgia Tech’s Jordan Usher in the second half at the KFC Yum! Center on Monday, February 1, 2021, in Louisville, Kentucky. Louisville won 74-58.


The colossal and dynamic – nay, radiant – performance was a testament to Williamson’s impactful effort in 31 minutes of play.

Start the day smarter. Get all the news you need in your inbox each morning.

Sullivan: With chip on his shoulder, U of L’s Williamson comes off the bench with a bang in win

“When we get that type of production out of Sam, that can really bode well for our team. Not many guys get 18 rebounds that don’t play the power forward or center position,” Mack said.

Now that Williamson has rocketed to new career highs, what is he capable of next? That’s the million dollar question for a Louisville team (11-4, 6-3 ACC) that plays Syracuse (10-5, 4-4) at 7 p.m. Wednesday at the Carrier Dome in New York.

It would be foolish to expect Williamson to corral a similar volume of rebounds each game for a variety of reasons, including the fact that the sophomore has averaged 7.5 rebounds thus far. Before Monday, his career-high was 12. Williamson’s rebounding performance falls within a bigger context, and that’s whether the Cards can extend their momentum in a road game following a short turn-around.

They had all the answers for the tests Georgia Tech presented with its Princeton-style offense and zone defense.

Louisville out-rebounded Georgia Tech a staggering 56-39 and fulfilled a goal to collect 20 offensive boards. Mack wanted more physical play from Jae’Lyn Withers and JJ Traynor when Yellow Jackets big man Moses Wright starred in a one-man rebounding show early in Monday’s game, but the Cards eventually self-corrected (and then some) with help from a bigger body in Gabe Wiznitzer and better second-half play by Withers.

The reversal underscored a statement Mack made in his Jan. 19 radio show, which followed U of L’s loss to Florida State.

“We have got to be more physical of a basketball team and we have to be able to block out centers through point guards. And if we can’t do that, then we’re going to get crushed in this league because there’s some big athletic teams and some big strong guys,” Mack said.

“I think it’s huge,” Johnson said of Williamson’s rebounding. “They were in a zone. It’s pretty difficult to rebound out of it. And we have Jae’Lyn Withers, he’s an undersized five-man, so we kind of expect for outsiders to help him out, go in and get some offensive rebounds if he’s occupied.”

Playing against a different style of zone at Syracuse will require more attention to detail and readiness for the long rebounds that often follow missed outside shots. Georgia Tech had the ACC’s worst rebounding margin; Syracuse is tied for 10th. Jim Boeheim’s team dwells in the conference cellar in rebounds allowed per game (38.5) and has been bested on the glass in its last two games.

But the most important stats of all could be these: Syracuse is 9-0 this season when out-rebounding an opponent. Louisville is 9-1 when doing the same. Whichever team owns the glass may have a leg up on the outcome.

The Cards flourished against Georgia Tech partly because they were more difficult to defend beyond Carlik Jones, Johnson and Withers. While squeezing more production out of other U of L players could vault the team back into the Top 25, the group has to continue growing up quickly.

Tune in: How to watch Louisville men’s basketball at Syracuse

Syracuse has won its last three home games and will be a tough opponent regardless of rebounding. The team leads the ACC in field goal percentage defense, assists and blocks and ranks second in scoring offense. Its 79.8% free-throw shooting is seventh nationally.

Six-foot-seven forward Quincy Guerrier paces the Orange in scoring with 16.3 points and is second in the ACC in rebounding with 9.5 boards.

TV: ACC Network with Jay Alter on play-by-play and Jon Crispin as analyst

This article originally appeared on Louisville Courier Journal: Board men: How rebounding can play into Louisville’s basketball clash at Syracuse

Thu Feb 11 , 2021
When it comes to a brand new season, there’s a lot to digest. Luckily for you, it’s our job as editors to watch the latest runway shows, chat with insider fashion experts, and know what’s in the pipeline for retailers. Long story short, we study up on all things fashion […] 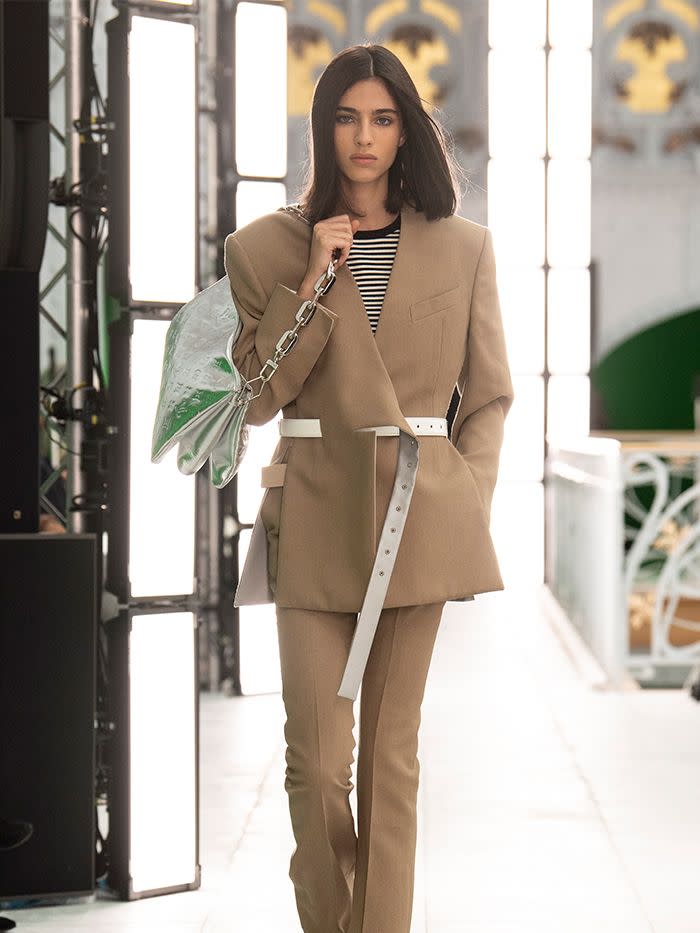