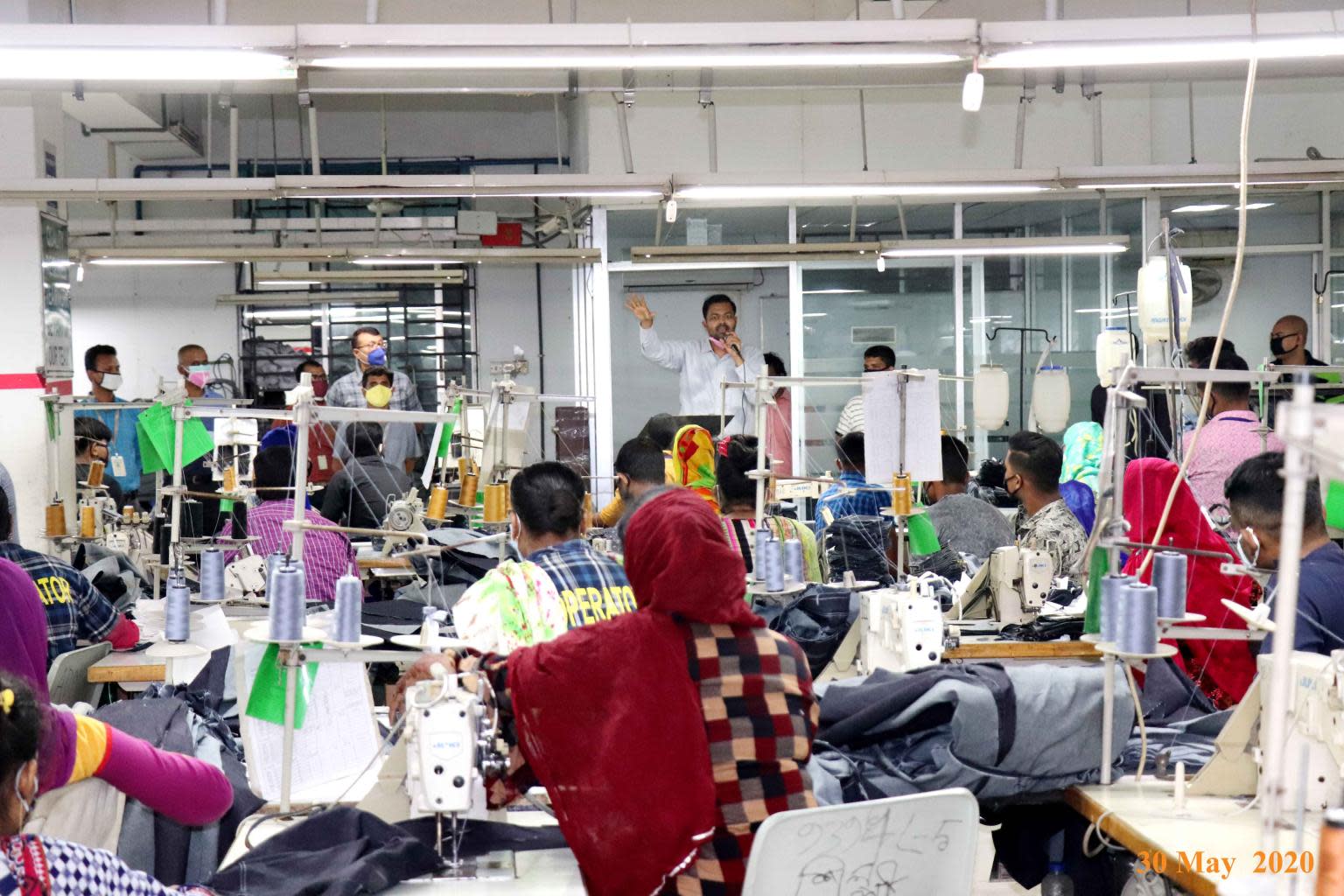 Monday saw throngs of shoppers in England’s high streets, but it’s a stark reality from the distant supply chain workers and factory owners — many still holding out for payment from those same retailers, perhaps on declining hopes.

With stores permitted to reopen on Monday, lines gathered in locations like Oxford Circus outside Apple, Nike, Cos, Kiko and Zara. In another part of town, Westfield London in Hammersmith, teenagers sipped iced drinks and Primark bags, lounging in the sun.

Eager for sales and anything that didn’t resemble the confines of their living rooms, H&M, Zara, Apple and the clearance stalls at Foot Locker also drew pools of shoppers.

Despite Western retailers sliding up their gates and opening doors to shoppers, things are far from “normal” for apparel manufacturers in Bangladesh, which attributes 80 percent of its exports to the sector.