Thrifting has always been a pillar of cool, trendy, resourceful fashion. If you feel like it has become a lot more popular lately, you are correct.

The traditional clothing retail market hit a slump with the COVID-19 pandemic, but online secondhand sales soared and are projected to grow 69 percent between 2019 and 2021, according to research conducted by resale app ThredUp.

Peer-to-peer secondhand shopping apps like ThredUp and Poshmark — and their cool, Gen Z cousin Depop — made thrifting accessible and lucrative in a time when people are encouraged to stay inside. A few chosen scouts scour thrift stores and their own closets for hidden gems, then sell them to buyers online. Straightforward, right?

Well, no. This entire process has called into question the ethics of thrifting — both in stores and online — and how it supposedly removes access to cheap clothing from those who may rely on it, but also keeps clothes from ending up in a landfill, and so the vicious cycle turns.

Depop sellers have come under fire for buying nice items from thrift stores and reselling them at a much higher price.

TikTok user @dullgerm often shares her thrift store hauls, or all the clothes she buys in one shopping trip, on the platform. In December, she got called out for it.

“Yes what a great job to go gut a thrift store of any cute sh** it may have to resell it for probs double the price on Depop :D,” Twitter user @v4mpgrl wrote in a tweet that was liked more than 73,000 times.

This wasn’t the first time that a Depop reseller’s account has been called out, but it was the most viral. User @dullgerm had to turn the comments off on her video because the backlash was so severe.

She admitted in the comments, according to a screenshot from @v4mpgrl, that she bought something for $7 that she would then sell for $40. Market value, she said. Price gouging, others said.

Another user pointed out that items @dullgerm likely bought for under $10 were listed on her Depop page for $375 and $65. The shoes are designer and the skirt is high-quality, but there’s no denying the massive price increase.

“Resellers can act like hustlers and girl bosses and all that sh** all they want but they have to live with the fact that they r the reason that so many ppl in poverty can barely even afford to shop at the places that were created to be accessible to them in the first place,” @v4mpgrl wrote in a follow-up tweet.

TikTok user @hazel3na called out a different Depop shop for doing the same thing. She called out the fact that the clothes listed were relatively plain children’s clothes, though — part of the Y2K trend that’s so hot right now.

Cheap clothes that no one would bat an eye at on a clothing rack are then intricately styled in photos for Depop and marketed as “vintage” even if they are not, which makes them a sort of status piece.

The call-outs led to a panic about whether thrifting is gentrifying secondhand stores and making them inaccessible for low-income shoppers.

Gentrification is the process of transforming something to appeal to those with more affluent tastes. It’s most often used to describe what happens to a neighborhood when higher-income residents and businesses move in and disproportionately affects predominately BIPOC communities.

TikTokers fear this will happen to their beloved stores as their stock is pillaged by young people scouring the stacks for pieces that can be sold at a much higher price.

“So what I’ve learned on TikTok is that I can’t shop at thrift stores since I contribute to the gentrification of thrift prices, but I also shouldn’t shop fast fashion places like Forever 21,” she said, exasperated. “But I also can’t afford to get all my clothes through high-end fashion stores, but I also don’t want to take all the cute clothes away from my local thrift stores in low income areas.”

Commenters were quick to talk her down from her thought spiral.

“There’s a huge crisis right now of our generation feeling as though we have all the problems of the world on our shoulders individually,” one said.

Fortunately, experts say you really don’t have to worry about gentrification when it comes to thrift shopping.

There are many ways to thrift shop ethically, and a couple thrift hauls won’t spark gentrification.

If thrift stores raise their prices, it’s not because their supply was low. There is actually an excess of clothing being donated.

Tommy Groenendijk, the co-founder of the upcycled fashion brand Vintage Stock Reserve, explained to In The Know what happens to clothes once they enter the doors of a thrift shop.

He said that when people donate their clothing, “graders” assess its quality. Those processors typically only choose to keep about 5 percent of the clothing they get and pass the rest along to landfills or sell it as “bales” of fabric.

TikToker @saraoisis, a former thrift shop employee, said she typically threw away about 20 bags of clothing her company didn’t sell every week.

Simply put, buying clothes from thrift stores is not gentrification, because that’s not how the business model works. High demand does not spike prices; it just reduces waste. Though reselling for higher prices might be suspicious, it’s just turning a profit.

“We are basically purchasing clothes from the end of the cycle before it goes to landfills, which allows us to avoid sourcing the bulk of our inventory from thrift shops and contribute the most value to our environment,” Groenendijk explained to In The Know.

Reducing clothing waste should be the focus of potential thrifters.

When you consider that Americans throw away roughly 70 pounds of clothing per person per year, it adds up. About 85 percent of all used clothing ends up in landfills, according to the EPA. This contributes greatly to pollution.

The garment industry represents a solid 10 percent of the world’s carbon emissions — the second-biggest industrial polluter on the planet, behind oil.

Additionally, the world uses nearly 70 million barrels of oil every year to produce the most commonly used fiber in clothing: polyester. It takes more than 200 years for it to decompose, according to data obtained by Forbes.

Thrift stores provide a small measure of relief for that wastefulness.

“Every day these landfills take on more wasted clothing while these massive fast fashion companies continue to produce endless rounds of new product lines ready to release,” Groenendijk said. “The only way to combat this is to repurpose as much secondhand clothing as possible and make it more popular and trendier than newly mass-produced clothing.”

How can you make sure you’re thrifting responsibly?

TikTok user @curli_fries’s viral gentrification thought spiral received so much feedback, she shared a follow-up to break down how commenters advised her to thrift responsibly.

She recommended shopping in high-income areas and buying only in your own size — not in larger sizes, as plus-size items can run out quickly.

She added that you should make a small donation if your local shop accepts them, and if you have the resources, support BIPOC-owned small businesses.

You can also upcycle your current clothes or low-quality clothes you’ve thrifted — a process known as thrift cycling.

What is thrift cycling?

In partnership with his best friend Jordan Deery, Groenendijk has launched a massively popular thrift cycling enterprise called Vintage Stock Reserve, in which the designers take what they find from thrift stores or clothing wholesalers and transform them into new items.

“By doing this, we create uniqueness from items that most people would otherwise leave behind,” Groenendijk told In The Know. “Knowing you’re the only one in the world that has it is a huge confidence booster for any fashion lover and … reduces the demand for new clothes to be made, ultimately facilitating the transition from fast fashion to sustainable style.”

He said there are all sorts of ways to upcycle thrifted clothing — tie dyeing, cutting, sewing, embroidering and the list goes on. One of their favorite methods is what they’ve dubbed the “split and swap,” in which they split two shirts in half and then combine them with contrasting sides.

“Now is the time to start making a change towards a sustainable future, and secondhand fashion is one of the most exciting ways to do that,” Groenendijk said.

So, can you get your hands on cool, fashionable clothes for low prices while keeping your ethics in tact? Absolutely, and you can get a ton of followers while doing so.

In The Know is now available on Apple News — follow us here!

If you enjoyed this story, read our guide to all the biggest aesthetics inspiring fashion trends on TikTok.

More from In The Know:

This $15 drugstore foundation is going viral (again) on TikTok

The “best iron I’ve ever owned”: Amazon shoppers love this 2-in-1 hair straightener and curler

Get In The Know
delivered to
your inbox daily.

We’re keeping you In The Know on the stories that matter to you. 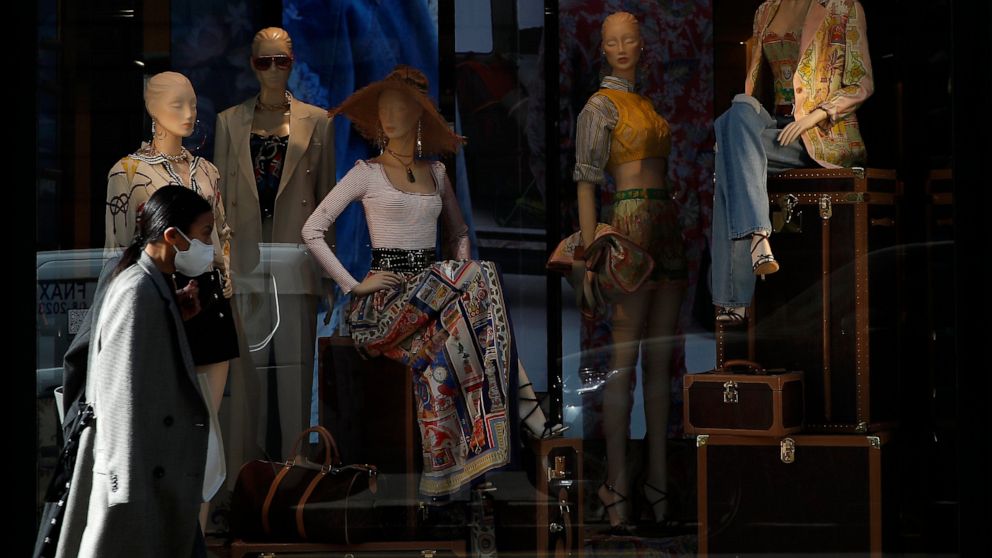